“For even hereunto were ye called: because Christ also suffered for us, leaving us an example, that ye should follow his steps:” (1 Pet. 2:21).

As we look briefly at a number of qualities, is there any situation that Jesus could have shown each of these qualities more clearly than He did on the cross?

Are we called to be that obedient?

If we are supposed to be obedient even if we have to die to obey, then what other things should stop us from obeying? Because we don’t “feel like it”?

As Jesus hung on the cross, everyone could see how completely He obeyed God.

With what heart did Jesus obey? Is it possible to do what is required of us, but to do it unwillingly?

Submitting to God requires humility – accepting whatever His will for us is, even if that is not what we would have chosen.

With what attitude do we obey – rebellion, or willingness?

We can be okay with whatever happens because we so strongly believe God’s promise that the sufferings of this present time are not worthy to be compared with the glory that shall be revealed in us. I might not be able to imagine how that could be, but I believe God’s promise enough to act on it.

As Creator, Jesus humbled Himself greatly to even come to earth at all. How much humility did it require to make Himself the servant of the people He had created, and to suffer like a criminal at their hands!

Do I feel “entitled” to decent treatment? I’m definitely not as “entitled” as Jesus was! If people treated Jesus badly, they certainly could treat me badly.

How much greater was Jesus than these people? But He chose to put Himself under them, because He chose the heart of a servant. I might be equal to my sister, but can I choose to make myself her servant?

Jesus said that when they lifted Him up, they would see He did nothing of Himself, but only what the Father taught Him. If He is my Master, then I should not do anything of myself either. Whatever my Master says, I should do, even if it is as hard as dying!

Humility made Jesus accept that God was in control of His life; He could have controlled what happened to Him and prevented those people from killing Him, but He humbled Himself to commit His life to God.

Jesus had mercy even on the ones who were in the process of killing Him.

Remember how much God values every soul, and doesn’t want even one to perish. Jesus didn’t want people to get what they deserved, so we shouldn’t either.

If Jesus died so that those who were killing Him might have a chance to repent, how merciful should we be to those who may have wronged us?

He probably knew that many would not repent, but He still had mercy on them to give them a chance.

How much mercy has God had on me? But I cannot have any mercy on others?

How much meekness did Jesus have not to react to those who were spitting on Him, mocking Him, taunting Him to prove it if He were really the Christ!

Remember that God allows these situations for us to be tested.

Did Jesus have the same understanding that David did, when Shimei cursed him? If it is God’s will for us to be tested, we should have the meekness not to rebel against God’s way of testing us.

As long as someone is not perfect, the devil can use their imperfections to be a trial to me. This is God’s will. I also have had struggles, which may have been used to test others, so I can’t get angry with others.

Has anyone done this much wrong to us? How can there be anything we would not then forgive someone for?

God has forgiven us so much, how could we not forgive others?

If we have the meekness and understanding not to get angry over offenses, and If we understand that it is God’s will for us to be tested by others weaknesses, then we can remember our own weaknesses and encourage each other to grow without holding a grudge against them.

How hard is it not to lash out when someone is physically hurting us!

His temperance required not only a great knowledge and wisdom and faith to understand and accept the situation, but also a huge amount of spiritual might to be able to control His lips.

Jesus’ control over His words on the cross show that His heart had become fully complete.

How did Jesus have so much patience that even though He knew He could end the situation instantly and “show” them their mistake, He endured that much pain for that many hours?

Jesus understood why these things had to happen, and had built up that endurance by passing every other test of His faith up to that day.

What things are we called to endure? Anything nearly as painful and miserable as what Jesus went through? What shouldn’t we be willing to endure for His sake, considering what He endured for us?

This gains us great favor with God.

Jesus came to earth with a specific purpose in mind, which He had faith in and was hoping for. Hope of something wonderful can give us motivation to endure!

Paul prayed for the Ephesians that they would grow in knowledge and wisdom so that they would understand their hope. It is worth waiting for! Even if we don’t see how it could possibly.

Jesus endured all that for the joy that was set before Him. You wouldn’t think that joy would be what was in His mind as He was hanging on the cross!

Joy can come from understanding and having great hope in the work of God. Then we can have joy in even the worst-seeming situations, because God promises that He will work out ALL things for the good of those that love Him and are called according to His purpose.

Jesus’ death shows us the greatest love that there could be – the same love that we are called to have.

That love might sometimes seem unimaginable – that He loved not only those who followed Him, but also His enemies – doing good even for those who were hatefully hurting Him.

Yet we’re called to the same love:

How can we learn to love like this? If we never do anything for these people, do we value them? How much does God do for these people? He sent His Son to die for them, besides His daily care. He values each soul, and doesn’t want them to be lost! If we spend all our lives for these people like Jesus did, it will matter to us that these souls we’ve worked so hard for not be lost!

If a parent has a child who does wrong, do they hate that child, or grieve for them and do everything they can to bring that soul back to the Lord again? It is possible to learn to love every soul like that. God does!

Is it possible to form such a heart in ME?

To What Does Jesus’ Death Obligate Me?

Because His hands were driven through,
Take and bind my hands for you.

Because His feet the nails endured,
Send mine far to spread your word.

Because His tongue clave to His jaws,
Proclaim with mine your righteous laws.

Because His back was made to bleed,
Use mine to bear the brethren’s needs.

Because His flesh was marred and torn,
Take and use mine ‘til it’s worn.

Because for love He, anguished, died,
Give me the strength to be crucified!

Articles and Books by Beth Johnson

So where should our focus be?  Should we think only about our outward appearance?

END_OF_DOCUMENT_TOKEN_TO_BE_REPLACED 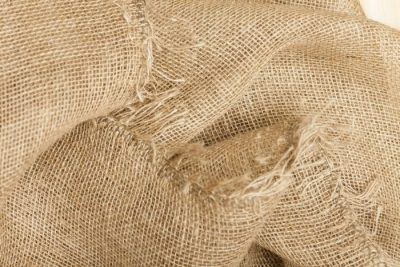 But as for me, when they were sick, my clothing was sackcloth: I humbled my soul with fasting; and my prayer returned into mine own bosom (Psa. 35:13).

Often in scripture we read of those who were clothed in sackcloth, humbling themselves before God so that their prayers would be heard.  The city of Nineveh not only clothed the people in sackcloth, but also the animals to show their contrite hearts (Jonah 3:8).

If David’s prayer in Psalm 35:1-28 were for Absalom and the traitors that conspired with him to remove David from the throne, then it has heavy implications.  If it were for King Saul or some other enemy, we can only imagine its depth of meaning.

END_OF_DOCUMENT_TOKEN_TO_BE_REPLACED

God opposes the proud, but gives grace to the humble (1 Pet. 5:5).  Those he opposes are not able to enter into the kingdom.

The question is, who are the spiritual children, and how did they get to become spiritual children?  Jesus showed Nicodemas how to enter this kingdom.  First Jesus said “Except a man be born again, he cannot see the kingdom of God” (John 3:3).  We noted that the kingdom can not even be seen without a spiritual birth. How can we enter it?  “Except a man be born of water and of the Spirit, he cannot enter into the kingdom of God” (John 3:5).  Many different interpretations have been given to this vision.  They cannot all be correct.  Jesus explained that this birth is not a physical birth but a spiritual birth. (John 3:5-8).  Generally speaking, a physical birth puts a person into the physical nation in which he is born.  It is understandable that a spiritual birth would put a person into God’s spiritual kingdom.  This sounds easy enough.  Why would we need to strive to enter it?  The reason is that there are other requirements to get into the kingdom besides seeking.  “And said, Verily I say unto you, Except ye be converted, and become as little children, ye shall not enter into the kingdom of heaven” (Matt 18:3).  Not even these apostles were able to enter the kingdom of heaven unless they were converted and became as little children.  How were they to become ‘as little children?’  The next verse tells us: “Whosoever therefore shall humble himself as this little child, the same is greatest in the kingdom of heaven” (Matt. 18:4).  Humility is not easy to gain!  Humility is one of the things that men must ‘strive’ for, if they are going to enter the kingdom.  Entering the kingdom of God is to be born into it to, and thus to become alive to God by a spiritual birth.  Those who are alive to God are spiritual children.