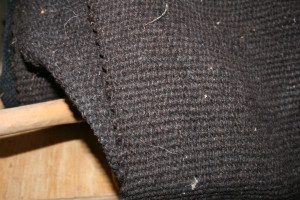 But as for me, when they were sick, my clothing was sackcloth: I humbled my soul with fasting; and my prayer returned into mine own bosom (Psa. 35:13).

Often in scripture we read of those who were clothed in sackcloth, humbling themselves before God so that their prayers would be heard.  The city of Nineveh not only clothed the people in sackcloth, but also the animals to show their contrite hearts (Jonah 3:8).

If David’s prayer in Psalm 35:1-28 were for Absalom and the traitors that conspired with him to remove David from the throne, then it has heavy implications.  If it were for King Saul or some other enemy, we can only imagine its depth of meaning.