There is a real way in which Satan is active in our lives even today.

1 Pet. 5:8-9—Be sober, be vigilant; because your adversary the devil, as a roaring lion, walketh about, seeking whom he may devour: 9 Whom resist stedfast in the faith, knowing that the same afflictions are accomplished in your brethren that are in the world.

We are required to stedfastly resist him – in the faith.  We need to fully know where he is and what he is doing so we are able to resist him.

END_OF_DOCUMENT_TOKEN_TO_BE_REPLACED 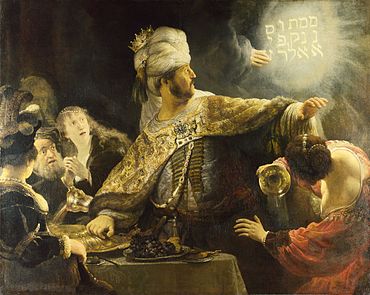 Isaiah Chapter 14 contains great prophecies of the destruction of the Babylonian Empire and the restoration of God’s people Israel to their land.  It is quite possible that the chapter also contains prophecies that would find ultimate fulfillment in the New Testament, in the Lord’s Church, which is spiritual Israel (Gal 6:15-16; Heb. 12:22-23).  But there are several verses that explicitly foretell God’s judgment of one of the kings of Babylon, who was Belshazzar.  Isaiah 14:4-6 says, “That thou shalt take up this proverb against the king of Babylon, and say, How hath the oppressor ceased! the golden city ceased! The Lord hath broken the staff of the wicked, and the sceptre of the rulers. He who smote the people in wrath with a continual stroke, he that ruled the nations in anger, is persecuted, and none hindereth.”

END_OF_DOCUMENT_TOKEN_TO_BE_REPLACED

The origin of the word “Lucifer” appears to be included in a literal translation in the Latin Vulgate which (word) Wycliffe {and/or others} transliterated and included in the first English translation of the Bible (published from 1382-1395 AD).

According to Webster’s dictionary the origin and etymology of “Lucifer” is from Middle English, and is defined as 1) the morning star, 2) a fallen rebel archangel, and 3) the Devil. The word ‘lucifer’ is originally a Latin word which is literally translated as “bright, shining or clear.”  It was first known to be used in English before the 12th century.

According to an article in Wikipedia under the title of “Fallen Angel,”[i] “The fall of Lucifer finds its earliest identification with a fallen angel in Origen (182-254 A. D.)… (in) the image of the fallen morning star or angel (and) was applied to Satan both in Jewish pseudepigrapha and by early Christian writers…”

END_OF_DOCUMENT_TOKEN_TO_BE_REPLACED

Before we begin the discussion on the 1,000 year reign, it is be to note that most who write on this subject show absolutely no regard for Jesus’ warning in Revelation 22:18-19. Was Jesus’ warning for the whole New Testament, or specifically for the book of Revelation? If it were for the whole New Testament, we must ask if the 27 books of the New Testament been brought together into one book at that time? Of course we don’t know, but we do know that Jesus warning certainly includes the book we call the Revelation of John.

END_OF_DOCUMENT_TOKEN_TO_BE_REPLACED 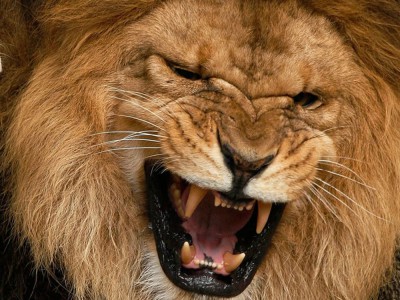 Be sober, be vigilant; because your adversary the devil, as a roaring lion, walketh about, seeking whom he may devour: Whom resist stedfast in the faith, knowing that the same afflictions are accomplished in your brethren that are in the world (1 Pet. 5:8).