And, behold, there met him a woman with the attire of an harlot, and subtil of heart (Pro. 7:10).

According to the reading, this woman had the attire of a harlot, which was gaudy and flaunting to set off her beauty so that she might trap the unwary, void of understanding (Prov. 7:7).  Perhaps she was painted like Jezebel or she may even have gone with her shoulders and bosom bare—showing “just the right amount of cleavage” for appeal.  She does not seem to be a common harlot; because she was, according to her own testimony, a married woman, and kept house (Pro. 7:19).  Whether her claims were true or false, they were calculated to prevent any suspicion that her lovers were cohabiting with a common harlot.  Either way we see she was subtle of heart.  In stark contrast, purity of heart will show itself in modesty which becomes women professing godliness; however, this woman had no semblance of purity (1 Tim. 2:10).

END_OF_DOCUMENT_TOKEN_TO_BE_REPLACED 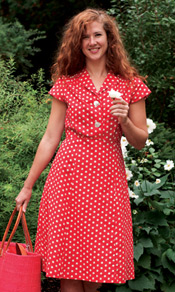 Women are to dress modestly.

In like manner also, that women adorn themselves in modest (NT: 2887 kosmios (kos’-mee-os); from NT: 2889 (in its primary sense); orderly, i.e. decorous: KJV – of good behaviour, modest) apparel, with shamefacedness and sobriety; not with broided hair, or gold, or pearls, or costly array; But (which becometh women professing godliness) with good works (1 Timothy 2:9-10).

Our honesty shows itself in good works.

Dearly beloved, I beseech you as strangers and pilgrims, abstain from fleshly lusts, which war against the soul; Having your conversation honest among the Gentiles: that, whereas they speak against you as evildoers, they may by your good works, which they shall behold, glorify God in the day of visitation (1 Peter 2:11-12).

The elder must show himself to be orderly (modest) before men. “A bishop then must be blameless, the husband of one wife, vigilant, sober, of good behaviour (2887), given to hospitality, apt to teach” (1 Timothy 3:2).

We should consider what is acceptable in both God’s and man’s sight. “Providing for honest (NT:2570 kalos (kal-os’); of uncertain affinity; properly, beautiful, but chiefly (figuratively) good (literally or morally), i.e. valuable or virtuous (for appearance or use, and thus distinguished from NT:18, which is properly intrinsic) things, not only in the sight of the Lord, but also in the sight of men” (2 Corinthians 8:21).

Some Christians judge like the world. “For we commend not ourselves again unto you, but give you occasion to glory on our behalf, that ye may have somewhat to answer them which glory in appearance, and not in heart” (2 Corinthians 5:12).

We must consider every man, not just God’s children. “Recompense to no man evil for evil. Provide things honest (2570) in the sight of all men” (Romans 12:17).

The world is blind to true goodness, so, for the world’s sake, we should provide things beautiful in the sight of all men. All men includes God’s children who do not need to be encouraged to lust. Anything that would cause any man to sin cannot be beautiful in the sight of God or all men. “But I say unto you, That whosoever looketh on a woman to lust (NT: 1937 epithumeo (ep-ee-thoo-meh’-o); from NT: 1909 and NT: 2372; to set the heart upon, i.e. long for (rightfully or otherwise)) after her hath committed adultery with her already in his heart (Matthew 5:28).

We should not tempt a man with outward beauty. “Lust not after her beauty in thine heart; neither let her take thee with her eyelids” (Proverbs 6:25).

What was Jesus’ clothing?

•And they stripped him, and put on him a scarlet robe (NT: 5511 chlamus (khlam-ooce’); of uncertain derivation; a military cloak: NT: 2440 himation (him-at’-ee-on); neuter of a presumed derivative of ennumi (to put on); a dress (inner or outer) Why scarlet on a military coat?) And when they had platted a crown of thorns, they put it upon his head, and a reed in his right hand: and they bowed the knee before him, and mocked him, saying, Hail, King of the Jews! And they spit upon him, and took the reed, and smote him on the head. And after that they had mocked him, they took the robe off from him, and put his own raiment on him, and led him away to crucify him (Matthew 27:28-31).

•And the soldiers platted a crown of thorns, and put it on his head, and they put on him a purple robe (2440), And said, Hail, King of the Jews! and they smote him with their hands. Pilate therefore went forth again, and saith unto them, Behold, I bring him forth to you, that ye may know that I find no fault in him. Then came Jesus forth, wearing the crown of thorns, and the purple robe (2440). And Pilate saith unto them, Behold the man! (John 19:2-5).

Note that Jesus had more than one piece of clothing.

Jesus’ robe may have been long, but that is not specifically stated in scripture. Perhaps we assume it was because of the style of the Greek and Roman clothing of the day.

tu·nic
1Chiefly British. a coat worn as part of a military or other uniform.
2 a gown-like outer garment, with or without sleeves and sometimes belted, worn by the ancient Greeks and Romans.
3a woman’s upper garment, either loose or close-fitting and extending over the skirt to the hips or below.

They said therefore among themselves, Let us not rend it, but cast lots for it, whose it shall be: that the scripture might be fulfilled, which saith, They parted my raiment (2440) among them, and for my vesture (NT: 2441 himatismos (him-at-is-mos’); from NT: 2439; clothing) they did cast lots. These things therefore the soldiers did (John 19:24).

The High priest may have had a long robe, but did the ordinary people? Who knows what Peter wore?

Therefore that disciple whom Jesus loved saith unto Peter, It is the Lord. Now when Simon Peter heard that it was the Lord, he girt his fisher’s coat (NT: 1903 ependutes (ep-en-doo’-tace); from NT: 1902; a wrapper, i.e. outer garment) unto him, (for he was naked,) and did cast himself into the sea (John 21:7).

Recently I saw a movie trailer about the sexual focus our media uses to drive the lives of our children.  I was repulsed.  Then there are the violent games and movies, which control them too.  This article discusses one of the issues mothers all need to face.

Sasha of MomLifeNow wrote this article about her child.  See the main article and subscribe to her blog at: http://momlifenow.com/2014/06/17/fighting-the-beauty-epidemic-for-our-daughters/

She showed up at our place around Christmas. A gift from a relative for my two year old daughter, who at the time gave her little interest. This past month she was rediscovered in a pile of toys and suddenly became the “mommy” to go along with our “dad.” I was recruited to play along, and suddenly, as now a mom, I began to see Barbie in an entirely different light: Her beauty, her sex appeal, her toned figure and large breasts.

She is the image we are giving to our little girls. Not just grown women are being touched by our beauty epidemic:

One study reported girls as young as three years old being concerned with body image.

Everywhere you turn it smacks you in the face, throwing itself upon our precious daughters. As much as we try to shield them, throw all the Barbie dolls into the dumpster, it is still there.

The billboard as we drive down the road; the magazine at the check out line; the banner as we walk through the mall; the commercial playing on the restaurant’s television. All this before they even enter preschool.

It is everywhere. We know it is.

What can we do about it?

What if the emphases of our house had nothing to do with physical looks, and instead the attributes of true beauty?

Society reflects on physical beauty, obsesses about it. What if we took the focus off of it? Thinking more on the needs of others than ourselves. Our passion becoming them rather than a pretty face.

What if our family began to help children not as fortunate as ourselves? Those who have been injured, are sick, are dying. Our heart crying to bring a ray of light and hope their way–they who do not care how skinny we come, how much our hair shines.

What if we began to read about other people? Those whose bellies stick out from hunger and not anorexia.  Our tears shed for their pain instead of our shapeless figure or stubby fingers.

My children are young and yet my daughter, according to research, is already so old.

Will you join me?

Let us fight for our girls.

May they not struggle in the ways we did. May they not see a mom worrying about her figure, but instead filled with the worry of how to bring love and help to all those in need. May they not see themselves as too short, too tall, too fat, too thin, but rather as strong and capable girls, ready to bring comfort and hope to those hurting inside.

Is my dream too big? Am I shooting for the impossible? I do not know. This is my first time being a mom.

I do know I am going to try.

With everything in me I am going to try.

In our house, may passion and focus be not pretty dresses and shoes, although they are nice to wear some days. May our fervor be for the one who has traded in her dress for a hospital gown; the one who could never afford such a nice thing; the one who does not even know what a pretty dress is.

May true beauty forever be our goal.

She showed up at our place around Christmas. A gift from a relative for my two year old daughter, who at the time gave her little interest. This past month she was rediscovered in a pile of toys and suddenly became the “mommy” to go along with our “dad.” I was recruited to play along, and suddenly, as now a mom, I began to see Barbie in an entirely different light: Her beauty, her sex appeal, her toned figure and large breasts.

She is the image we are giving to our little girls. Not just grown women are being touched by our beauty epidemic:

One study reported girls as young as three years old being concerned with body image.

Everywhere you turn it smacks you in the face, throwing itself upon our precious daughters. As much as we try to shield them, throw all the…