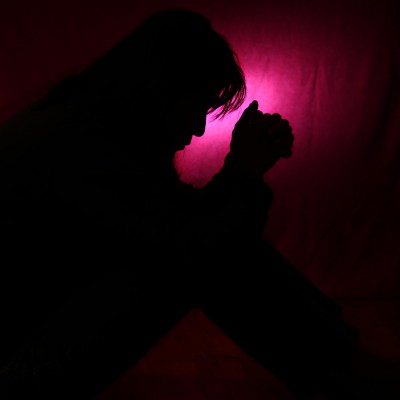 I will give thanks unto thee, O Lord…

This passage begins the same as Psalm 18:1-50, word for word except for the formatting, which was done by men in the early 18th century. 2 Sam 22:1 is unique in that it repeats the title.

What were some of the things that David was thankful to God for? In 1 Samuel 19 Michal hid David from Saul when he sent to have him killed. We also have that account in Psalm 59. The typical introduction pinpoints the time.

2 Samuel 22:1 is somewhat different in that “this is what he spoke to the Lord.” It summarizes what God had done for David. It is the end of his life. Saul chased him every day, but God delivered him. David suffered much, but all David’s enemies were subdued by God. Shimei even cursed David at a time when he was having serious family troubles (2 Sam. 16:13), yet David praised God for his deliverance.

Why do we have these accounts? These are a foreshadowing of our own spiritual battles, and 1 Peter 5:8-9 is our reality. We are told to be sober and vigilant because our enemy is deadly. We can do it! We can overcome with God’s help. David was not defeated nor do we need to be.

David’s life was in jeopardy daily—his enemies were threatening him always. This is no exaggeration (2 Sam. 22:5-7). Asking and seeking are conditions for having God’s help. We must also serve him and seek him.

Psalm 66:18 is clear. If David were not serving God and keeping his commands, would he have heard when David called? 1 Kings 15:5 is consistent in that it shows how obedience to God is necessary for God to bestow favor. Again we are reminded as we read 1 John 3:22 that obedience is necessary in order to have favor with God. The passage is also a familiar song.

James 5:16 tells us to confess our faults to one another, and pray for each other, that we may be healed. Then the scripture says plainly that the effectual fervent prayer of a righteous man availeth much.

Psalm 34:7 teaches us that the angel of the Lord encamps round about them that fear him, and delivereth them. From Psalm 34:11-18 we learn what it means to fear the Lord. Again in 1 Peter 3:8-13 we see the admonition to turn away from evil; seek good so that his ears will be “open to our cry.”

God heard David’s cries for help (2 Samuel 22:8-19) and was angry at the evil David had to endure at the hands of evil people. We see that the reason God delivered David was because David was righteous.

He brought me forth also into a large place: he delivered me, because he delighted in me.

The Lord rewarded me according to my righteousness: according to the cleanness of my hands hath he recompensed me.

For I have kept the ways of the Lord, and have not wickedly departed from my God.

If God is for us, who can be against us? God is all powerful; what do we have to fear (Rom. 8:31)? We have a promise from God that if we seek first the kingdom and his righteousness all these things (the things necessary for life) will be added to us (Matt. 6:33), because God knows what we need. If we seek and serve him and are called according to his purpose, all things will work for our good (Rom. 8:28).

Why would God do all this for one man? He delivered David because he delighted in him (2 Sam. 22:20-25). Can we see the connection between how David lived and how God responded? God is longsuffering toward us (2 Pet. 3:9), but the end of the world is coming one day (2 Pet. 3:10-13). Will we be in good standing and in favor with the Almighty God who saves and delivers those who obey?

The same principle is true in both in Old Testament and New.

Be not deceived; God is not mocked: for whatsoever a man soweth, that shall he also reap.

2 thoughts on “I WILL GIVE THANKS UNTO THEE, OH LORD”