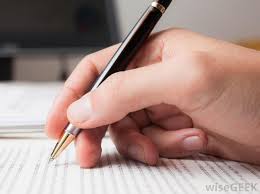 This scripture should be the criterion for anyone studying the Bible. A person who wills to do the will of God has that capacity of the mind. In Romans 7 Paul tells the capacity of his mind—the ability of the mind—thelo and thelema. The mind can and will to do either good or evil. In repentance there is the new mind that wills to do the will of God and serve God as described in Romans 7:25.

For the wrath of God is revealed from heaven against all ungodliness and unrighteousness of men, who hold the truth in unrighteousness; Because that which may be known of God is manifest in them; for God hath shewed it unto them. For the invisible things of him from the creation of the world are clearly seen, being understood by the things that are made, even his eternal power and Godhead; so that they are without excuse: Because that, when they knew God, they glorified him not as God, neither were thankful; but became vain in their imaginations, and their foolish heart was darkened. Professing themselves to be wise, they became fools… (Rom. 1:18-22).

What is the criterion for anyone to find Him? Acknowledge that He is the Creator; hold the truth in righteousness and be thankful.

Everyone should understand that principle of ownership. If He is the owner and creator, then we acknowledge that our owner makes the rules. “Except a man lose his life…” by using it totally for God… (Mark 8:35-37). If I do not qualify by doing only what the owner wants me to do, then why study the word of God? What reason would I have for seeking Him? According to Matthew 18:1-3, what is the prerequisite for entering the kingdom of God?

If not meeting certain qualifications means we can’t enter the kingdom, why study (2 Thess. 2:10-12)? God shows these people the truth, but they do not love it. Was it possible for the Pharisees to study and learn (2 Cor. 4:3-4)? God blinds the minds of those who are lost. The Jews would not avail themselves of any kind of study because there was a veil on their heart (2 Cor. 3:15-16). If God puts the veil on us, what can we do? Who would take the veil away? God has to be the one to take it away.

“But if from thence thou shalt seek the Lord thy God, thou shalt find him, if thou seek him with all thy heart and with all thy soul” (Deut. 4:29). This passage is talking to the Jews, but the same principle applies today. Man may turn to the Lord, but he has to agree that God is the owner and that God has created him.

And all Judah rejoiced at the oath: for they had sworn with all their heart, and sought him with their whole desire; and he was found of them: and the Lord gave them rest round about (2 Chr. 15:15).

Then shall ye call upon me, and ye shall go and pray unto me, and I will hearken unto you. And ye shall seek me, and find me, when ye shall search for me with all your heart. And I will be found of you, saith the Lord… (Jer. 29:12-14).

Search with all your heart. Find Him. God responds favorably to our crucifixion of self.

So the next question comes: Which words are His words and which are man’s words?

For I have not spoken of myself; but the Father which sent me, he gave me a commandment, what I should say, and what I should speak. And I know that his commandment is life everlasting: whatsoever I speak therefore, even as the Father said unto me, so I speak (John 12:49-50).

The emphasis should be on every word that proceeds out of the mouth of God. Jesus did not speak of himself—not his own thoughts and expressions—just what the Father said. When we are studying, how do we know which words are his words? “Heaven and earth shall pass away, but my words shall not pass away” (Matt. 24:35). There are many copies of the original text in the Hebrew and Greek.

“Even so every good tree bringeth forth good fruit; but a corrupt tree bringeth forth evil fruit. A good tree cannot bring forth evil fruit, neither can a corrupt tree bring forth good fruit” (Matt. 7:17-18). Not a jot or tittle would pass from the Law until Christ fulfilled it. He did that. Still we have evidence from Dead Sea Scrolls to prove we have copies of the Law from before Christ—300 BC. Before 70 AD. Those are exact copies between eight and nine hundred years later.

This speaks for the new as well. How do we know if we cannot read Greek? How good are the translations? They have a lot of interpretation in them. Luther taught false grace doctrine. The Church of England was highly influenced by Luther, Zwingli, and others like them. How can we know what the words in the original language mean? Strong’s Exhaustive Concordance aims to give the literal translation. He also gives the etymology of each word. Use only the radical or literal meaning, which is the exact equivalent because everything else is interpretation, not a literal definition.

“Knowing this first, that no prophecy of the scripture is of any private interpretation” (2 Pet. 1:20). The word interpretation is Greek #1955 from #1956 explanation… Explanation simply means to make clear what is there. Interpretation is to go below surface of what is said to tell what is meant. What is down under there and how do I know? Are we adding to the words of God? Some say we must interpret to understand what we read. Can the words interpret and understand be equated? Jesus did not do that. The NOUN and verb form are #1956.

“But without a parable spake he not unto them: and when they were alone, he expounded all things to his disciples” (Mark 4:34=verb).
“Wherefore if Demetrius, and the craftsmen which are with him, have a matter against any man, the law is open, and there are deputies: let them implead one another. But if ye enquire any thing concerning other matters, it shall be determined in a lawful assembly” (Acts 19:38-39).

Paul was in Ephesus and there was a riot. Alexander made peace between the people and Paul. We understand this picture and the solution. Go to court and let a judge make the decision between Demetrius and Paul. “It shall be determined.” A judge is authorized to take evidence and compare with law. We have an event and the application of law, and then we have a judgment. The judge adds to the evidence he has heard. He uses his judgment to interpret the evidence.

“But without a parable spake he not unto them: and when they were alone, he expounded all things to his disciples” (Mark 4:33-34). Here we have a clear use of the word… Expounded is equal to interpretation here. What Jesus did, we are commanded NOT to do. He took a parable and added words to give the understanding.

Jesus adds to the Lord’s parable. Verse 4 tells the parable. In Vs. 19, who is the wicked one? How is the Devil a bird? He eats the seed. If Jesus had not added those words would we understand that parable? He added the words to make us understand. Jesus did not add his own words, but got the commandment from the father. If the Father speaks to us, we can add words. Are we inspired? If we do not add to the word of God, then we have a chance to understand. No matter what one puts in milk, the milk contaminates that substance. Our only hope is to know the word of God and know the exact translation in order to know what God meant.