I’m on the way out the door, so I can’t write long, but, wanted to share a couple pictures. Between math quizzes and homework I canned our first batch of apples from the trees this year. Some of them were pretty tiny and had lots of worm holes, but they still tasted good (after they had their worms picked out of course…)  I cooked them with skins, cores and all because that is where the sugar is.  I know all that makes apple butter taste better!  I added not quite enough water to cover, so I had to watch them pretty closely. 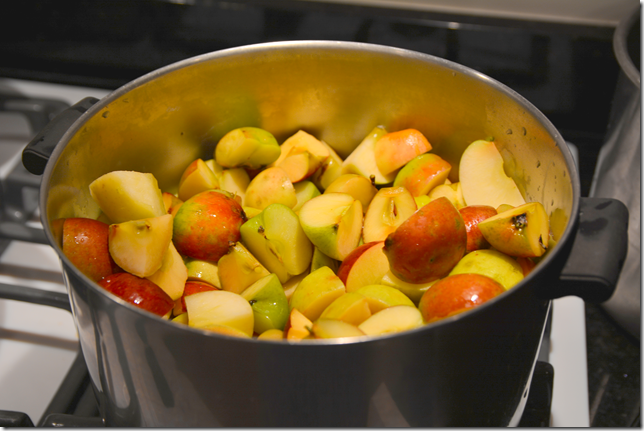 It was a ‘guestimate,’ but I put in barely enough to cover the apples, then ended up taking a lot of the liquid off when they were nearly done.  Part way through I took out some liquid and saved it, because the apples seemed pretty soupy. Because this is the first time we have had apples from the new trees, they were rather random sizes (some normal size, some small as grapes!) so some cooked faster and others slower.

What you see here is the “mush the apples” stage, like mashing potatoes. I let the mashed apples sit in this pot to dip from and strain through the colander. 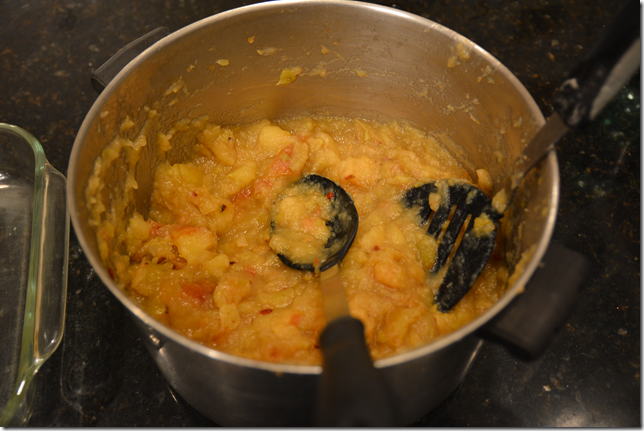 The apples themselves make liquid, so I only added a cup or two of water maybe? Once they get cooking they are fine. Having a lid on helps them cook till they’re soft and fall apart easily when poked with a fork.  In the next picture you can see how much water I poured off, but I saved  it in case more liquid was needed later.  I gradually put this back into the applesauce when I got to the baking stage.  After I left for class, as the apples cooked to the right texture in the oven, Mother ended up adding ALL this back to the strained apples to keep them from sticking and burning before the flavors cooked in. 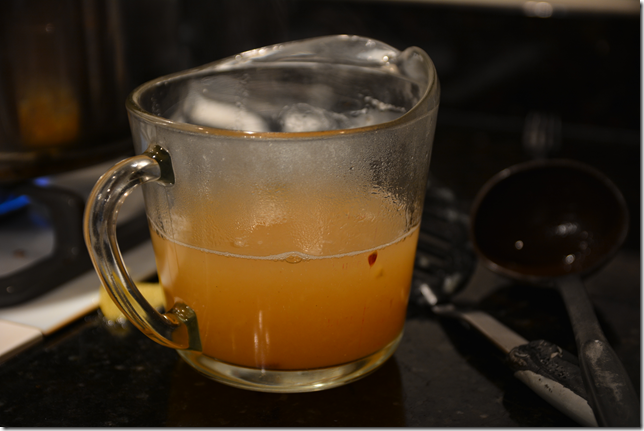 Remember the old colander Grandma Finch used to have? This second step of this process (straining the apples through the colander) is the longer step, but my favorite because it actually starts to look like apple butter. And I don’t know how I could do this step without the old colander. A few months ago we went to North Carolina and found the nicest little antique shop. I said if I ever needed cooking utensils I’d know where to go. That’s where we got your Corning Ware tea pot, and they had quite a few things like the colander, very inexpensive china dishes (a whole set of blue willow for about $30, which was a pretty good price!) and plenty of other cooking utensils. Forget the new stuff! The used, inexpensive stuff usually works better anyway!

I couldn’t fit all the apples in the colander at once, so the second picture from the top is what’s left to do. I mashed until not a drop came out of the last peels, stems and seeds. It seemed like there should be something to do with those “leftovers” but I gave up trying to find what to do with the pounded, paper-thin peels, so they are now in the compost. 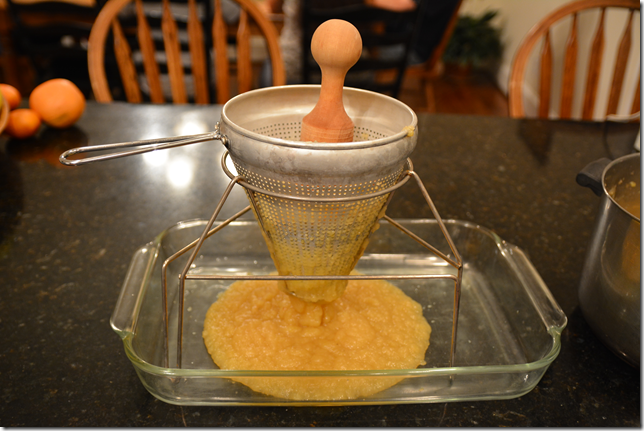 Mother said seasoning the apple butter was the “voice of experience and school of hard knocks.” The key for flavoring seems to be ADD SLOWLY, bit by bit, and taste as you go. You can always add more, but you can’t go back and “undo” if you end up with more than you like.

Unfortunately I don’t have a set amount of the spices. All the apples we use every time taste a little different, so I just “spice to taste.”  I use lemon to give it a little more tartness, then little brown sugar as well.  The measurements for this batch were approximate.

Moral of the story with flavorings: LESS IS MORE!

One final note: When adjusting flavor to taste, it may not taste like “real” apple butter until it’s cooked for a while. Refrain yourself from getting carried away; you can always add more spices as it bakes. 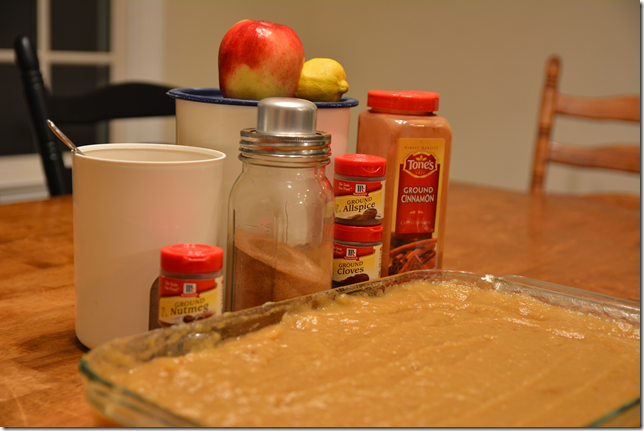 After this, I usually bake the mixture in the oven until it’s bubbling all the way through. This was a little thicker than normal, and I was on a time crunch, so I put it in a sauce pan as well as the oven so it’d go quicker. Then I boiled the jars to sterilize them, and one by one filled the jars.

I usually bake it immediately, but this time I had to leave for school, so I put it in the fridge for two days before I could get to it. I was frustrated that I forgot to take pictures of all the canning process…. 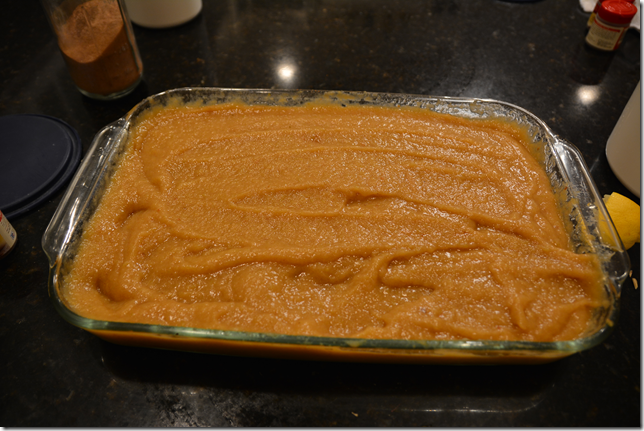 Grandma Finch told Mother she stood and stirred hers in a pot until hers was the way she wanted it—hours and hours of labor. But after Mother’s very first batch years ago (using apples from the Parrish’s farm) she quickly realized that method cost ALL day and a backache. The second time she tried it, she got distracted and BURNED the apple butter by letting it run dry and not stirring it enough. When she read about the baking method of cooking it uncovered in the oven to dry out the mixture without scorching as easily, she was elated. You still have to stir it somewhat often, but it’s much more forgiving of any absent-mindedness.

P. S. I understand you could also use a crock pot for the “baking” stage.

8 thoughts on “Dear GramMER, I made apple butter…”