Drink deeply and consider the precious ones given us by God. We are responsible!

Amaris is taking World History this year, and showed me a quote in her history book which I kept thinking about as I was studying mercy for the previous post. Seneca was a Roman soldier, but even he was appalled at the depths his country had sunk to – to be entertained by killing.

“I chanced to stop in a midday show [of gladiators], expecting fun, wit, and some relaxation, when men’s eyes take respite from the slaughter of their fellow men. It was just the reverse. The preceding combats were merciful by comparison; now all the trifling is put aside and it is pure murder…” (Quoted in F.F. Bruce,
New Testament History, p.42)

He goes on to describe the spectators’ enthusiasm for the sport, and demand for continuous action.

This bothered me. We attribute the fall of Rome to the immorality of their society, and point at their…

As a teen in high school, I became an avid reader, fascinated by the earliest of English literature with its accounts of the surfs and lords—presumably displaced Christians running from persecution—willing to serve in order to live. My curiosity and imagination went beyond my classmates’ because of Biblical accounts I related to the literature. Terms like “man price” and “wergild” immediately conjured relationships to Biblical laws regarding “cities of refuge” or the “avengers of blood.”

A classic literary example of a dispute over the wergild of a slave is contained in Iceland’s Egil’s Saga.

In the Story of Grettir the Strong, chapter 27, “The Suit for the Slaying of Thorgils Makson”, Thorgeir conveys to court Thorgils Arison’s offer of wergild as atonement for killing Thorgils Makson.

We read in the epic poem, Beowulf, a hero of the Geats in Scandinavia, that he comes to the aid of Hrothgar, the king of the Danes, whose mead hall (in Heorot) has been under attack by a monster known as Grendel. Beowulf paid wergild from his father to Hrothgar by killing the monster Grendel and his mother. Grendel and his mother were believed to be descended from Cain. After Beowulf slays him, Grendel’s mother attacks the hall and is then also defeated. Victorious, Beowulf goes home to Geatland in Sweden and later becomes king of the Geats. After a period of fifty years has passed, Beowulf defeats a dragon, but is fatally wounded in the battle. After his death, his attendants bury him in a tumulus, a burial mound, in Geatland.

Fair Use and Attribution

The modern novel, The Lord of the Rings by J. R. R. Tolkien, is another example of “man price” being paid. The journal of Isildur reveals that he was justified taking the One Ring as a wergild for the deaths of his father and brother in battle. Appendix A of The Return of the King also mentions a rich wergild of gold sent by Turin II, Steward of Gondor, to King Folcwine of Rohan, after the death of his twin sons in battle.

How do these secular accounts relate to Christian evidences and our need to see where these practices originated?

In the ancient Near East if a person were killed, it was the custom that the nearest relative became the “avenger of blood” (Numbers 35:19; Numbers 35:21-27; Deuteronomy 19:12). It became his duty to slay the slayer. However, if a person killed another accidentally or unintentionally, the cities of refuge were provided as an asylum, “that by fleeing to one of these cities he might live” (Deuteronomy 4:42).

The regulations concerning these cities are found in Numbers 35; Deuteronomy 19:1-13, and Joshua 20. If the manslayer reached a city of refuge before the avenger of blood could slay him, he was given a fair trial and provided asylum until the death of the high priest. After that the manslayer was permitted to return home; but if he left the city of refuge before the death of the high priest, he was subject to death at the hands of the avenger of blood.

According to Scripture, who or what was the avenger of blood?

Deuteronomy 19:12—Then the elders of his city shall send and fetch him thence, and deliver him into the hand of the avenger of blood, that he may die.

Joshua 20:3—That the slayer that killeth any person unawares and unwittingly may flee thither: and they shall be your refuge from the avenger of blood.

Joshua 20:5—And if the avenger of blood pursue after him, then they shall not deliver the slayer up into his hand; because he smote his neighbour unwittingly, and hated him not beforetime.

Joshua 20:9—These were the cities appointed for all the children of Israel, and for the stranger that sojourneth among them, that whosoever killeth any person at unawares might flee thither, and not die by the hand of the avenger of blood, until he stood before the congregation.

What were the cities of refuge?

Numbers 35:11—Then ye shall appoint you cities to be cities of refuge for you; that the slayer may flee thither, which killeth any person at unawares.

Numbers 35:14—Ye shall give three cities on this side Jordan, and three cities shall ye give in the land of Canaan, which shall be cities of refuge.

Joshua 20:2—Speak to the children of Israel, saying, Appoint out for you cities of refuge, whereof I spake unto you by the hand of Moses: 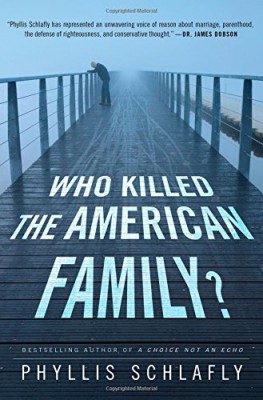