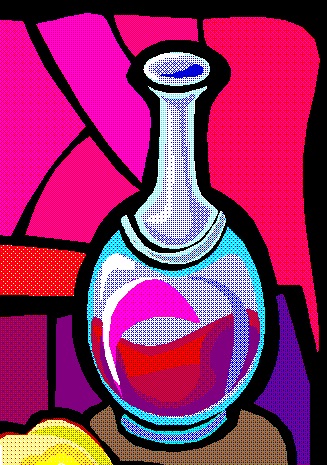 The scriptures leave no doubt about the alcoholic content in Bible wine. The testimony is virtually unanimous that their wine had an extremely low content of alcohol. Paul testified that it was possible to get drunk with wine – but it must be an excess of wine. “And be not drunk with wine, wherein is excess; but be filled with the Spirit;” (Eph. 5:18). How much excess did it take to become drunk in Bible times?

Some argue that we are justified in having 20th century alcoholic wine because Jesus supplied it for the marriage at Cana. (John 2:1-3). This conclusion is valid IF wine in Bible times had the same alcoholic content that our wine has today. It does not. Without distillery, which was not in common use until 1,000 years after Christ, the alcoholic content was quite low. “Although the principles of distillation were known in the ancient Orient, the distillation of liquor, a much younger art than the fermentation of beers and wines, is believed to date from the 11th century in Europe.” 1 The Jews depended on the yeast and sugars in the grape itself to produce the alcohol. “Traditionally, the fermentation process has been effected by yeast cells present in the grape skins, but special strains of cultured yeast are now often substituted for the natural agent.” 1 Without the introduction of other sugars, etc. the alcohol is limited in naturally fermented grapes. The alcohol comes from the sugars, and when all sugar was gone there was no more alcohol produced. “With the exception of the sweet wines referred to above, fermentation continues until all sugar in the juice has been converted to alcohol.” 1 We know the fermentation process stopped after a short time, for the skins would be burst after the hardened if it had not. The adding of sugars in wine was not in common use until well after the New Testament period.

First we deal with the New Wine. Jesus distinguished between old wine and new wine. “No man also having drunk old wine straightway desireth new: for he saith, The old is better” (Luke 5:39). Old wine would be that wine which has already had what fermentation it was going to gain.

New wine is that wine that has not had a chance to ferment. “And no man putteth new wine into old bottles: else the new wine doth burst the bottles, and the wine is spilled, and the bottles will be marred: but new wine must be put into new bottles” (Mark 2:22). Wine skins harden after a year. Thus the fermentation process must come to a halt or the skins would burst. The new wine is pressed from the grapes and put into new bottles. This shows us that the word new wine (oinos) describes what we call grape juice pressed from the grapes. This testimony agrees with the secular history of alcoholic beverages.

Peter’s argument to prove the apostles were not drunk, hinged strictly on a very low alcoholic content of New wine. New wine could not make anyone drunk even if they had tarried over the wine for three hours. “Others mocking said, These men are full of new wine. But Peter, standing up with the eleven, lifted up his voice, and said unto them, Ye men of Judaea, and all ye that dwell at Jerusalem, be this known unto you, and hearken to my words: For these are not drunken, as ye suppose, seeing it is but the third hour of the day” (Acts 2:13-15). Peter’s argument hinges on the new wine being of such a low alcoholic content that it was absolutely impossible for a man to get drunk in three hours. Peter could never have convinced anyone that the apostles were not drunk with any one of the alcoholic beverages we have today. The alcoholic content of their new wine was not like our wine today.

He distinguishes between wine and strong drink.   This means that wine is not necessarily classified as strong drink. “For he shall be great in the sight of the Lord, and shall drink neither wine nor strong drink; and he shall be filled with the Holy Ghost, even from his mother’s womb” (Luke 1:15).

How strong an alcoholic content was the Old Wine of the Old and New Testaments? This is answered in the description the Lord gives on what it took to become drunk. Note how long it took. Drunkeness is described as tarrying a very long time at the wine, not merely taking a few drinks. “Who hath woe? who hath sorrow? who hath contentions? who hath babbling? who hath wounds without cause? who hath redness of eyes? They that tarry long at the wine; they that go to seek mixed wine.” (Prov 23:29-30). This indicates a low alcoholic content in ‘old’ wine.

Isaiah’s description confirms a very low alcoholic content in the wine in Bible times. It took literally more than ‘all day’ to get drunk. Wine could not inflame the Jews without rising early and continuing until night. “Woe unto them that rise up early in the morning, that they may follow strong drink; that continue until night, till wine inflame them!” (Isa 5:11). It took a special effort to get drunk in Bible times. They had to rise up early and continue until night indicating more than 12 hours. This again indicates a very low alcoholic content in the Jewish wine. Today – we have no alcoholic beverage that is so low in alcohol that it would take all day to make one inflamed. Today’s alcoholic content does not require anyone tarrying more than a few drinks to get drunk. There is but one conclusion. The alcoholic content must have been only a fraction of what it is in today’s wine.

Astonishingly enough, wine that has even this low an alcoholic content is forbidden. He describes the alcoholic content in wine stating that it “bites like a serpent and stings like an adder,” – which strongly indicates alcoholic content. “Look not thou upon the wine when it is red, when it giveth his colour in the cup, when it moveth itself aright. At the last it biteth like a serpent, and stingeth like an adder” (Prov 23:31-32). Contrary to many today, God’s command is – don’t look at it. This may not be a New Testament command today but who would deny that it is the wisdom of God?

As Christianity began to spread, the use of wine began to decline. The early Christians were not given to use wine to any extent. “Both the production and the quality of wine declined steadily in Europe during the early Middle Ages. The relatively little that was produced was consumed locally, and because wine was needed for Christian sacraments, it was for the most part the produce of ecclesiastical foundations. Not until the 12th century did the great wine-growing districts begin to recover.” 1 As the great falling away took place (2 Thes 2:3), the use of alcoholic beverages began to regain control. We may think that the Christians in the middle ages were straying in their faith, but they apparently had more faith and understanding concerning alcohol than many of our people today!

1Quotations in the above article were taken from two articles (Wine and Whiskey) in Encarta Encyclopedia 97.